The United Kingdom produced its own variant of the FN FAL incorporating the modifications developed by the Allied Rifle
Committee, designating it the L1A1 Self Loading Rifle (SLR). The weapons were manufactured by the Royal Small Arms Factory
Enfield, Birmingham Small Arms, Royal Ordnance Factory and ROF Fazakerley. After the production run ceased, replacement components
were made by Parker Hale Limited. The SLR served the British Armed Forces from 1954 until approximately 1994, being replaced
by the L85A1 from 1985 onwards.

The SLR was designed using Imperial measurements and included several changes from the standard FN FAL. A significant change
from the original FAL was that the L1A1 operates in semi-automatic mode only. Other changes include: the introduction
of a folding cocking handle; an enclosed slotted flash suppressor; folding rear sight; sand-clearing modifications to
the upper receiver, bolt and bolt carrier; folding trigger guard to allow use with Arctic mitts; strengthened butt; enlarged
change lever and magazine release catch; vertical stripping catch to prevent unintended activation; deletion of the automatic
hold-open device and the addition of retaining tabs at the rear of the top cover to prevent forward movement of the top
cover (and resulting loss of zero) when the L2A1 SUIT was fitted. The flash suppressor is fitted with a lug which allows
the fitting of an L1-series bayonet, an L1A1/A2 or L6A1 blank firing attachment or an L1A1/A2 Energa rifle grenade launcher. 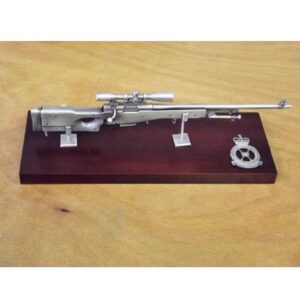 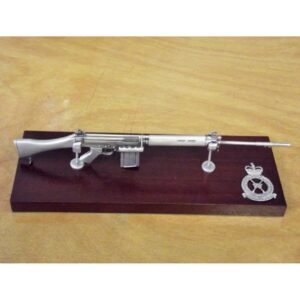 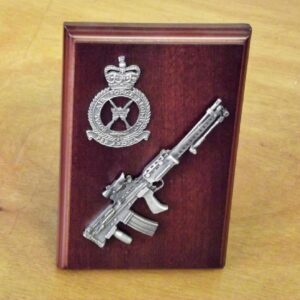 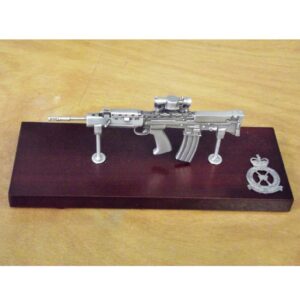 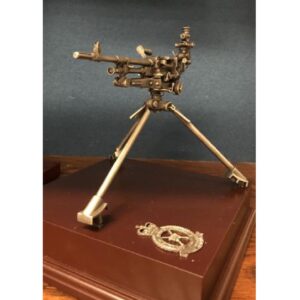 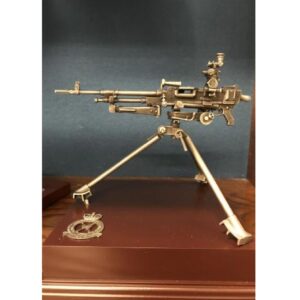 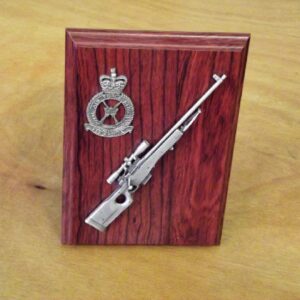 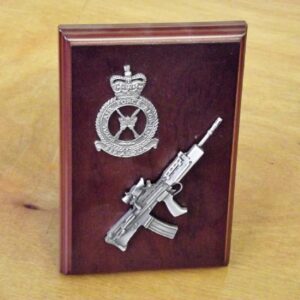 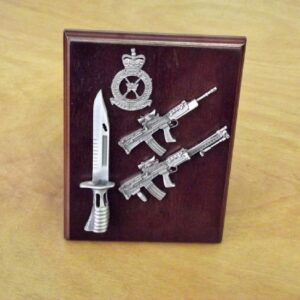